A summary by Albyn Austin

The first Friends lecture of the winter season was held on Wednesday, 20th November, and was given by Alan Rosney about the Glamorgan Swift Project. A fuller report will appear in the Spring 2020 Friends’ Newsletter.

Along with many other species in the UK, numbers of swifts visiting our shores has halved in the last 25 years.  But the good news is that,  unlike some other species, something can be done to help stop this decline.  Quite a lot of this decline is due to loss of nesting sites.  The birds generally nest in the roofs of old buildings, typically under eaves and within gables. Unfortunately, modern building practices meant that such sites are disappearing.

However, special nest boxes and special hollow bricks can be fitted to houses for the swifts to nest in.  They need to be high up — at least 4m, preferably 5m, and at least 15m from trees or other obstructions. It can take several years for swifts to take up residence. The boxes also have to be large, to allow the chicks to exercise their wings inside the box.  They can’t perch — when they leave the nest they have to fly straight away, and will spend the next two to three years in constant flight until they nest for the first time.

Due to the size of the boxes, scaffolding or an aerial work platform is needed to fit them to existing walls. Alternatively, boxes can be built into into external walls when they are being built or renovated.   However, regulations do not require swift boxes to be fitted to new-build houses — builders have to be encouraged to fit them.

You can download a Facts About Swift Bricks leaflet.

Swifts arrive in Wales at the beginning of May, after spending the winter in Africa, and generally leave in August. As they only breed in their third year, on average only live for five years. and usually only have two chicks per brood, it is difficult for the birds to recover their numbers quickly.

Much more info is available on line about these fascinating birds, about the efforts to save them and how the public can get involved.

Become a Friend of Forest Farm! 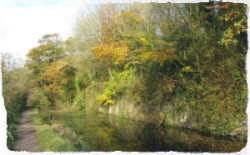 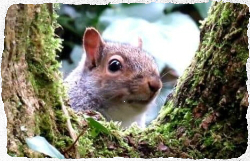 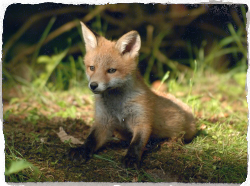